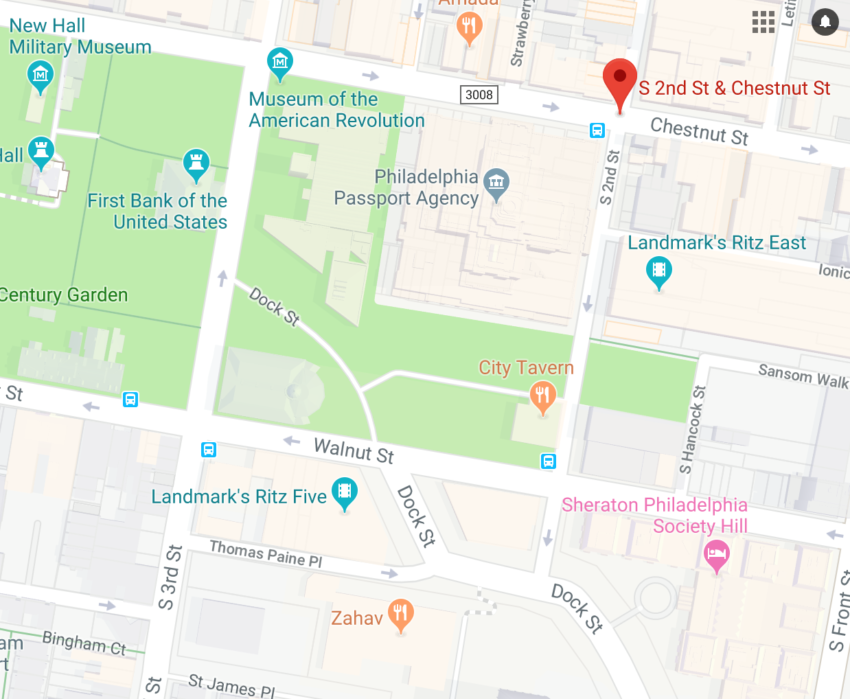 Lodge Alley was a street in Philadelphia that ran from the west block of 2nd Street, between Chestnut and Walnut Streets, connecting to Smith’s Alley. As you might have guessed, Lodge Alley was so named because the first Masonic Lodge building in Philadelphia stood at the corner of 2nd St. and Lodge Alley. Today, this section of the city is part of the main tourist area, housing the new Museum of the American Revolution. As an aside, the Alley’s most famous resident was Dr. Benjamin Rush, a Freemason and signer of the Declaration of Independence.