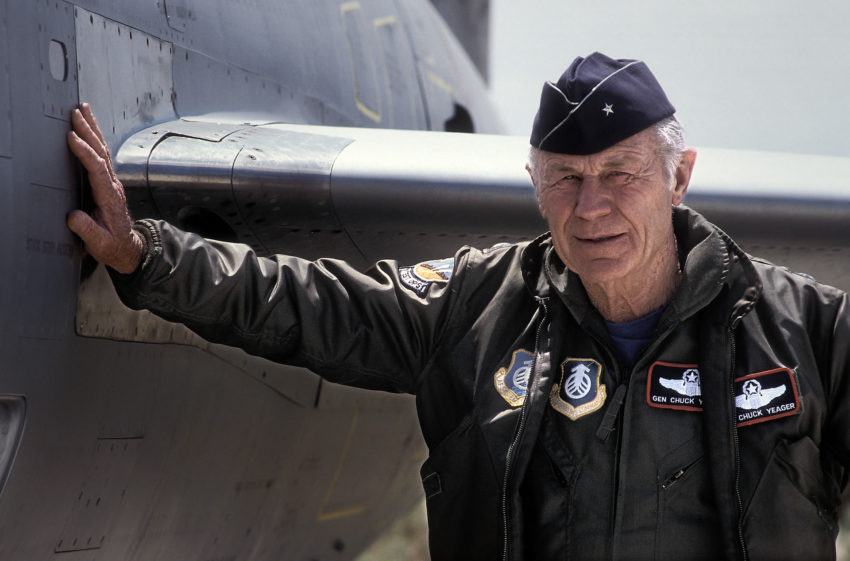 The man, the legend… Chuck Yeager has left us.

He was an ace in WWII (“Ace in a day” in fact, downing 5 aircraft in a single mission), he was the first to shoot down a German Me-262 jet fighter in his propeller-driven P-51 Mustang, he was the first man to break the sound barrier in the Bell X-1 and then shortly after broke many other speed and altitude records. He went on to be a test pilot for numerous aircraft for the military and NASA. He commanded a fighter-wing in Vietnam.

For a span of more than seven decades, General Charles “Chuck” Yeager has been a hero to many, and an inspiration to so many to take to follow their dreams and take to the air. He was a hero to me as a child and maintained that status throughout my adult life, and will be greatly missed. We’ll always look back fondly on his life and legacy though and a new generation will still be inspired by such legendary achievements to follow in his footsteps to push the envelope even farther and higher.