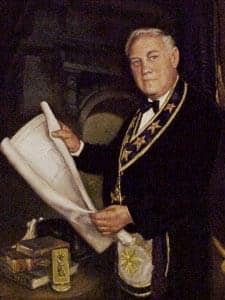 I’ve sat in lodge with you a few times. On one occasion I had the pleasure of it as you raised a Brother in Lodge. I definitely wasn’t asleep at the time, but if I was I was most certainly awakened to attention at the most thunderous roar of a call to the JMC on the alarm at the preparing room door as I sat there in the West. I’ll never forget it. You’re a treasure, sir, and you’ll be greatly missed.

Rest in Peace, Illustrious Brother Edward O. Weiser, 33°, Right Worshipful Past Grand Master. Farewell, my Brother…You have gone to meet your God and May he approve of you.