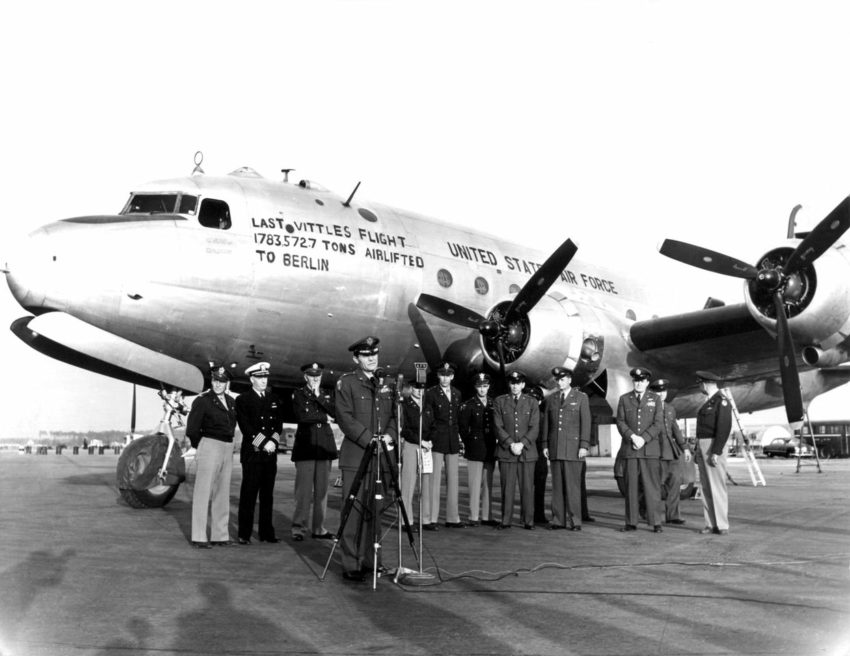 The Berlin Airlift ended in 1949, months after the blockade was lifted. The allies airlifted supplies to the city for nearly a year. They delivered 2.3 million tons of supplies, and raised spirits for over 2 million Berliners.This morning, Ambassador Haber called it, “a show of solidarity Germans will never forget.” The Berlin Airlift remains a symbol of German-American friendship.

Just before the last flight: General E.H. Alexander sent off the last of the so-called ‘Candy Bombers’ which dropped parachutes of sweets and gum for the children of Berlin.