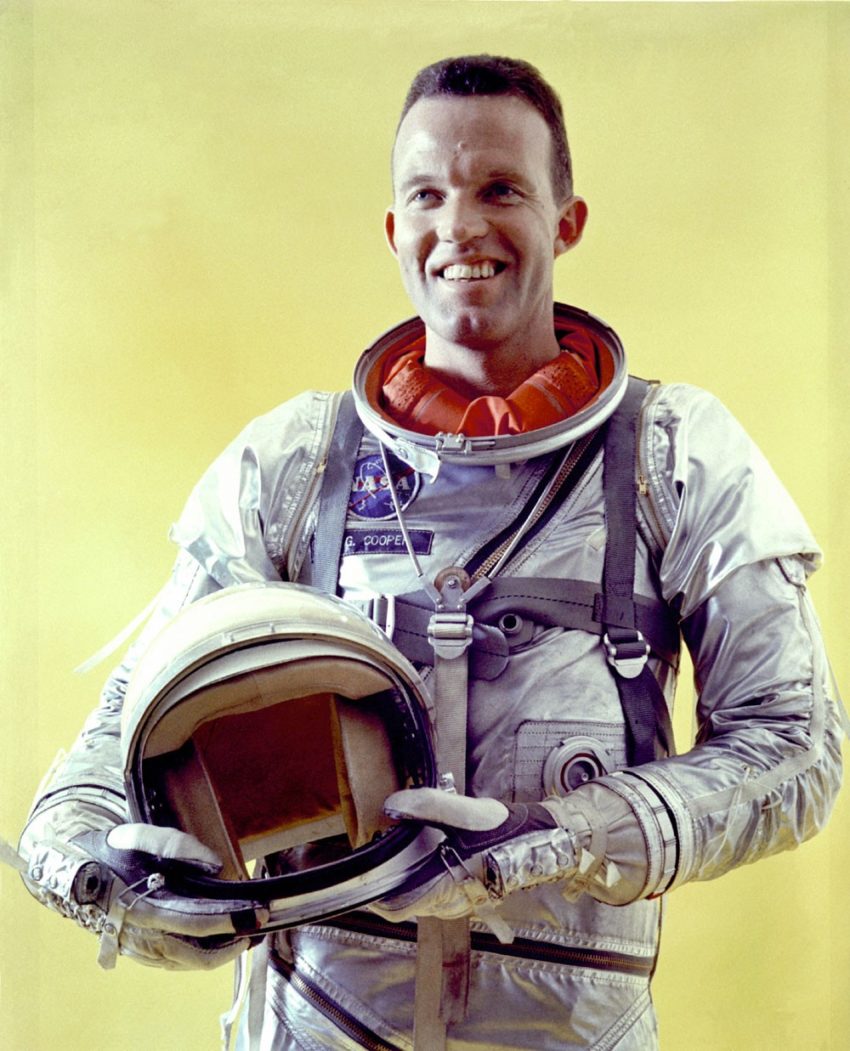 Brother Gordon Cooper was one of the original seven Mercury astronauts – the first manned mission to space. He also acted as the command pilot for Gemini 5. Cooper was fond of carrying Masonic items to space. He reportedly carried a Masonic coin, a Masonic flag, and a Scottish Rite banner on various missions. He then presented these items to the Fraternity. Cooper was a Master Mason of Carbondale Lodge No. 82 in Carbondale, Colorado; he also was a member of the Shrine and York Rite, and received the honorary 33° degree from the Scottish Rite, Southern Jurisdiction.